After the caliper and plug technique used for the crankcase centers, watching Peter scan the cylinder head, throttle body, exhaust downtube, and oil pickup tube was like peeking into some wonderful future where all you had to do was press a button and presto, scan!

Actually, its nothing like 'press a button and presto', not much is.  Peter has spent a lot of time and effort getting his scanning setup to provide repeatable results.  Wikipedia has a bunch of details on the process here.  The short of it is you have a projector and two cameras that are in a fixed orientation.  The projector projects a pattern of changing scale onto the object to be scanned.  The two cameras each see a different perspective of the pattern projected on the surface of the scanee, and through many billions of calculations, generates a 3D surface by reverse engineering the distorted pattern back to the flat one. 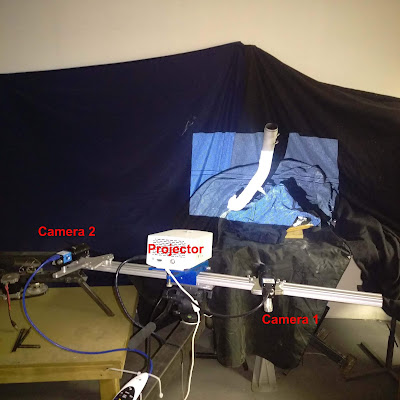 The pattern is projected at varying scales to aid in the process.  The part to be scanned is sprayed with a white powder to enhance the contrast and increase accuracy.  The DAVID software interface helps align multiple scans, delete duplicates, stitch it all together and do generally anything you need to get a watertight mesh. 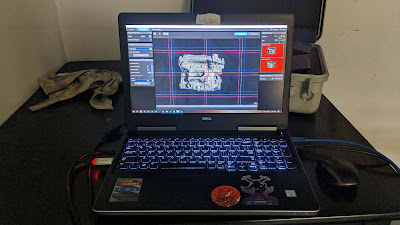 A couple of hours of scanning and then a couple of more of processing resulted in some models with excellent fidelity to the originals.

The scan results were as good with the rest of the parts: 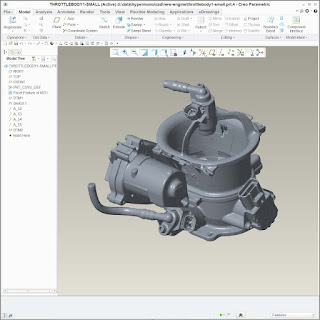 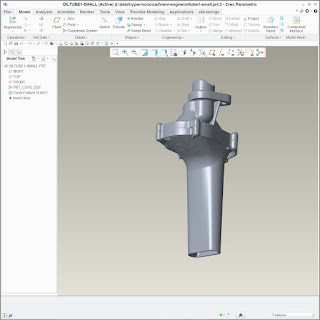 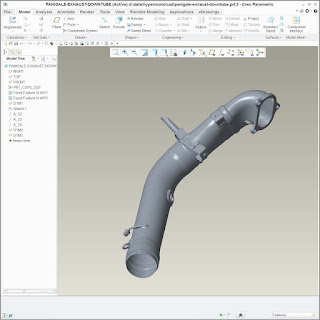 I can now import the mesh files into Creo and use the vertices as references for axes, planes, and datum curve features for the rest of the assembly to mate to. 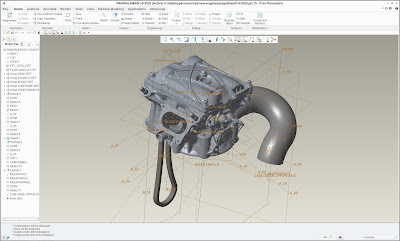 The rest of the assembly then mates to it and the engine starts to take shape. 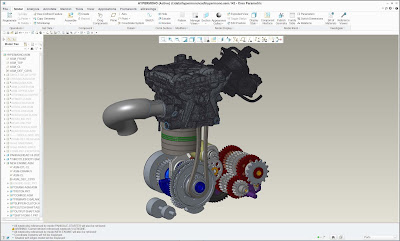 Now the cylinder head and piston can be located in the chassis in the start of the process of achieving the desired center of gravity positioning.  Placement of the shaft centers and ancillary components is in process and once finalized, the skin of the crankcases starts to be generated.  The next couple of weeks will be a combination of CAD positioning, napkin and computer calculations, and some decent eyeballing, to get what I feel is the optimum layout.

Two missing parts, the cam chain guides, will be mechanically scanned using a Romer digitizing arm and then redrawn natively in CAD in the next episode.
Posted by coseng at 7:43 PM